Hyderabad is the capital of southern India's Telangana state. A major center for the technology industry, it's home to many upscale restaurants and shops. Its historic sites include Golconda Fort, a former diamond-trading center that was once the Qutb Shahi dynastic capital. The Charminar, a 16th-century mosque whose 4 arches support towering minarets, is an old city landmark near the long-standing Laad Bazaar.

Warangal is a city in the south Indian state of Telangana. It was the capital of the Kakatiya dynasty from the 12th to 14th centuries, and many intricately carved monuments from this period still stand. Among them are the ruins of 13th-century Warangal Fort and the Thousand Pillar Temple, built in 1163. Set on a lake, Bhadrakali Temple dates to the 7th century and is dedicated to the Hindu goddess Kali.

Vijayawada is a city in the southeast Indian state of Andhra Pradesh. It's known for the ornate Kanaka Durga Temple, which sits atop a hill overlooking the city. The Undavalli Caves feature ancient rock-cut temples, carved out of a sandstone hillside and adorned with elaborate statues. The massive Prakasam Barrage stretches across the Krishna River. Nearby is Bhavani Island, with forests and waterfront gardens.

Nagarjunasagar is a site of spectacular man-made marvel flanked by equally enchanting panoramic vistas of lush green surrounding. Lying in the Nalgonda District of Andhra Pradesh, the most popular landmark of the town is world's tallest masonry dam Nagarjunasagar dam built over Krishna River. 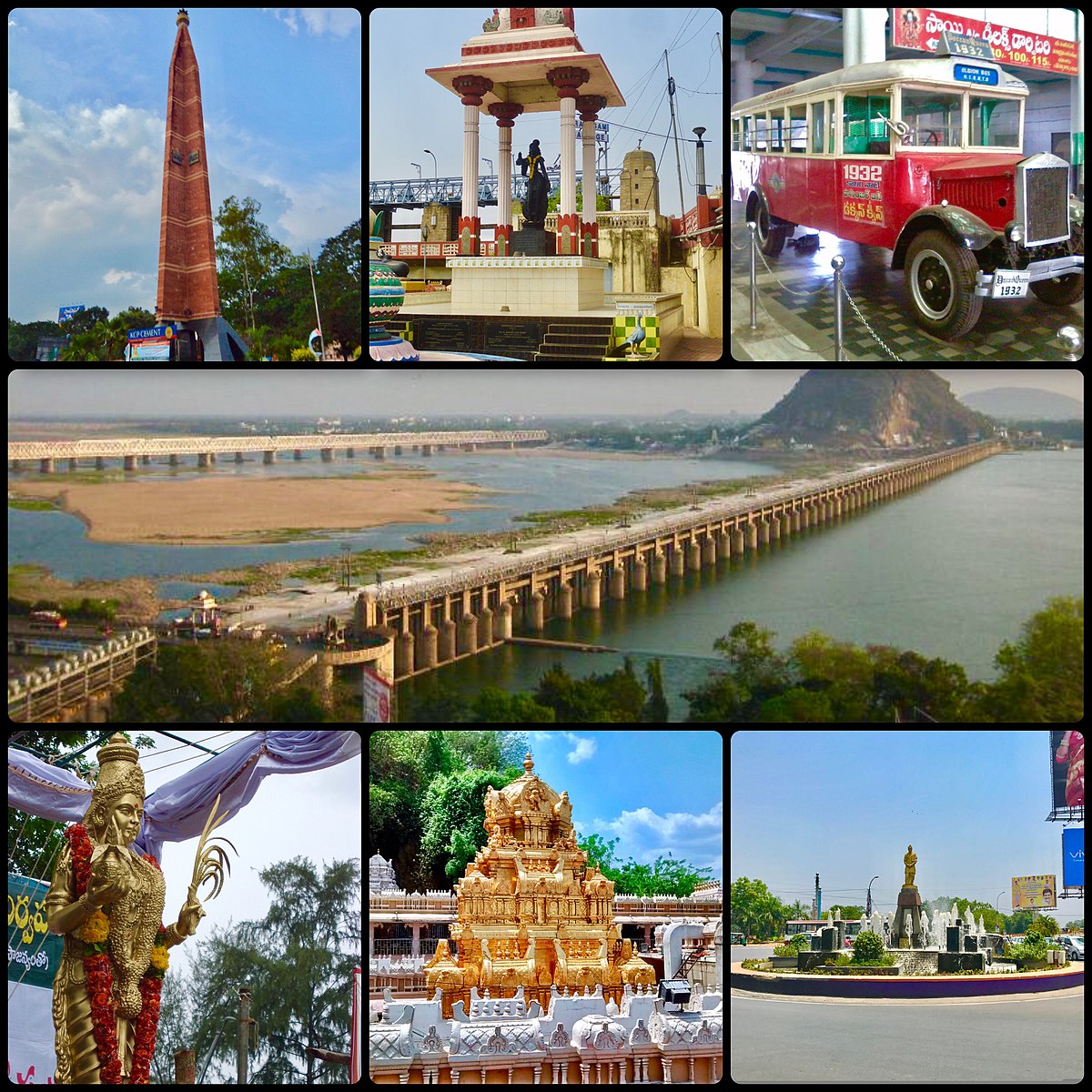