Kochi (also known as Cochin) is a city in southwest India's coastal Kerala state. It has been a port since 1341, when a flood carved out its harbor and opened it to Arab, Chinese and European merchants. Sites reflecting those influences include Fort Kochi, a settlement with tiled colonial bungalows and diverse houses of worship. Cantilevered Chinese fishing nets, typical of Kochi, have been in use for centuries.

Munnar is a town in the Western Ghats mountain range in India’s Kerala state. A hill station and former resort for the British Raj elite, it's surrounded by rolling hills dotted with tea plantations established in the late 19th century. Eravikulam National Park, a habitat for the endangered mountain goat Nilgiri tahr, is home to the Lakkam Waterfalls, hiking trails and 2,695m-tall Anamudi Peak.

The very sound of the word Thekkady conjures up images of elephants, unending chains of hills and spice-scented plantations. In the Periyar forest of Thekkady is one of the finest wildlife reserves in India and spread across the entire district are picturesque plantations and hill towns that hold great apportunities for treks and mountain walks.

Kumarakom is a village on Vembanad Lake in the backwaters of Kerala, southern India. It’s laced with canals, where houseboats ply the waters. Kumarakom Bird Sanctuary is home to many species including cuckoos and Siberian storks. Nearby, the Bay Island Driftwood Museum displays wooden sculptures. In the lake, Pathiramanal Island is a haven for rare migratory birds. Ancient Thazhathangady Mosque is east of Kumarakom.

Thiruvananthapuram (or Trivandrum) is the capital of the southern Indian state of Kerala. It's distinguished by its British colonial architecture and many art galleries. It’s also home to Kuthira Malika (or Puthen Malika) Palace, adorned with carved horses and displaying collections related to the Travancore royal family, whose regional capital was here from the 18th–20th centuries.
Highlights of Tour
Cost Includes
Kerala Tour Packages Photos Gallery 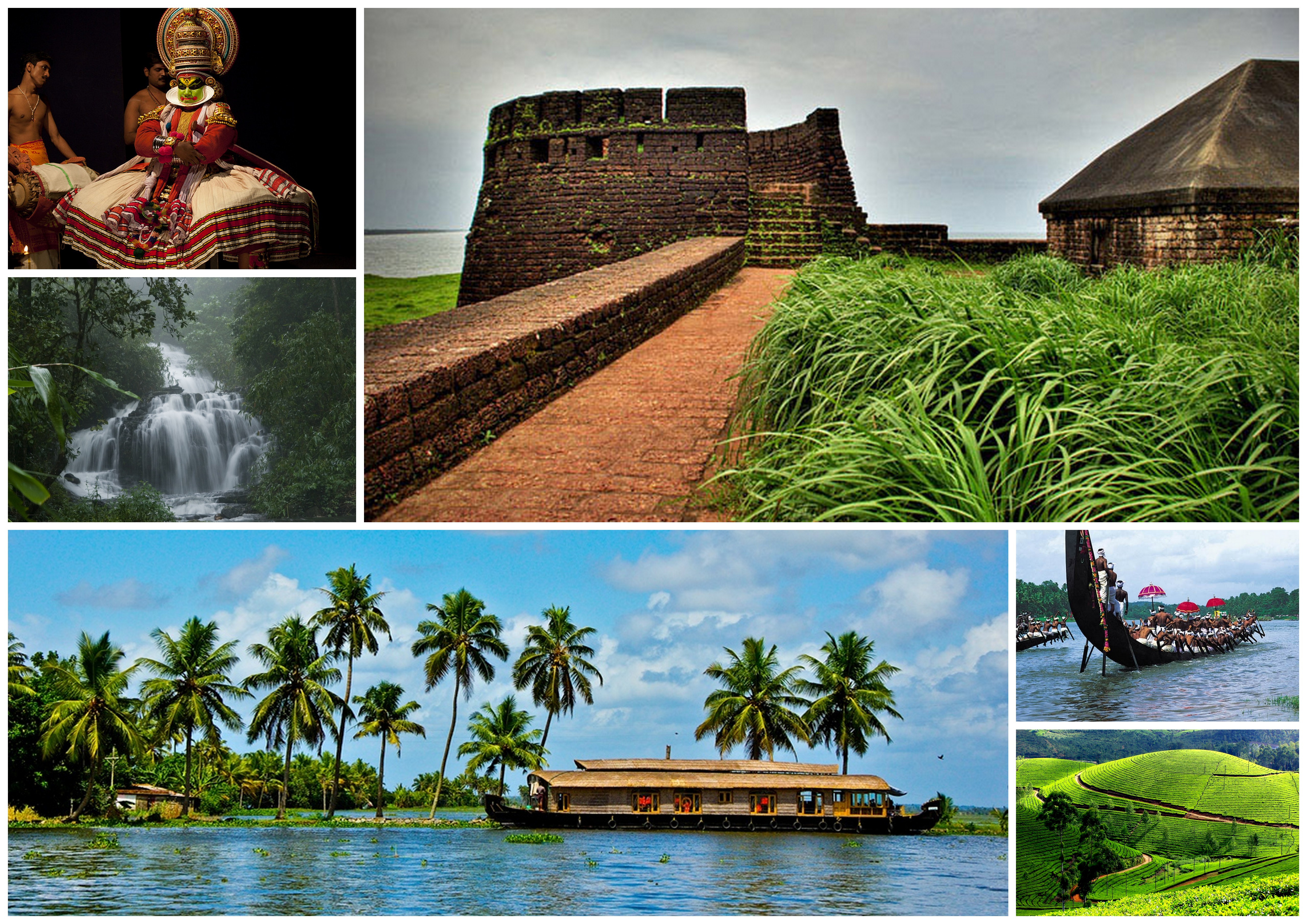