Madurai is an energetic, ancient city on the Vaigai River in the South Indian state of Tamil Nadu. Its skyline is dominated by the 14 colorful gopurams (gateway towers) of Meenakshi Amman Temple. Covered in bright carvings of Hindu gods, the Dravidian-style temple is a major pilgrimage site. Millions attend the processions and ceremonies of April's Chithirai Festival celebrating Meenakshi and Lord Vishnu.

Chennai, on the Bay of Bengal in eastern India, is the capital of the state of Tamil Nadu. The city is home to Fort St. George, built in 1644 and now a museum showcasing the city’s roots as a British military garrison and East India Company trading outpost, when it was called Madras. Religious sites include Kapaleeshwarar Temple, adorned with carved and painted gods, and St. Mary’s, a 17th-century Anglican church.

Rameswaram is a town on Pamban Island, in the southeast Indian state of Tamil Nadu. It’s known for Ramanathaswamy Temple, a Hindu pilgrimage site with ornate corridors, huge sculpted pillars and sacred water tanks. Devotees bathe in the waters of Agni Theertham, off the beach east of the temple. Gandamadana Parvatham is a hill with island views. A chakra (wheel) here is said to bear an imprint of Lord Rama’s feet.

Chidambaram is a town and municipality in Cuddalore district in the Indian state of Tamil Nadu. It is the headquarters of the Chidambaram taluk. The town is believed to be of significant antiquity and has been ruled, at different times, by the Pallavas until 9th century, Medieval Cholas, Later Cholas, Later Pandyas, Vijayanagar Empire, Marathas and the British. The town is known for the Thillai Nataraja Temple, and the annual chariot festival held in the months of December–January (In the Tamil month of Marghazhi known as "Margazhi Urchavam") and June to July (In the Tamil month of Aani known as "Aani Thirumanjanam")

Thanjavur is a city in the south Indian state of Tamil Nadu. Its many temples include the 11th-century Brihadeeswarar Temple, a vast Chola dynasty–era complex with a frescoed interior. Thanjavur Maratha Palace is home to the centuries-old Saraswathi Mahal Library, with palm-leaf manuscripts, and Thanjavur Art Gallery, with bronze statues. Tamil University Museum displays coins, folk artifacts and musical instruments.

Kodaikanal is a hill town in the southern Indian state of Tamil Nadu. It’s set in an area of granite cliffs, forested valleys, lakes, waterfalls and grassy hills. At 2,000 meters above sea level, the town centers around man-made, star-shaped Kodaikanal Lake, bordered by evergreen forest. Rowing boats can be hired, and hikers and cyclists follow the 5k Lake Road path around the shore.

Kanyakumari is a coastal town in the state of Tamil Nadu on India's southern tip. Jutting into the Laccadive Sea, the town was known as Cape Comorin during British rule and is popular for watching sunrise and sunset over the ocean. It's also a noted pilgrimage site thanks to its Bagavathi Amman Temple, dedicated to a consort of Shiva, and its Our Lady of Ransom Church, a center of Indian Catholicism. 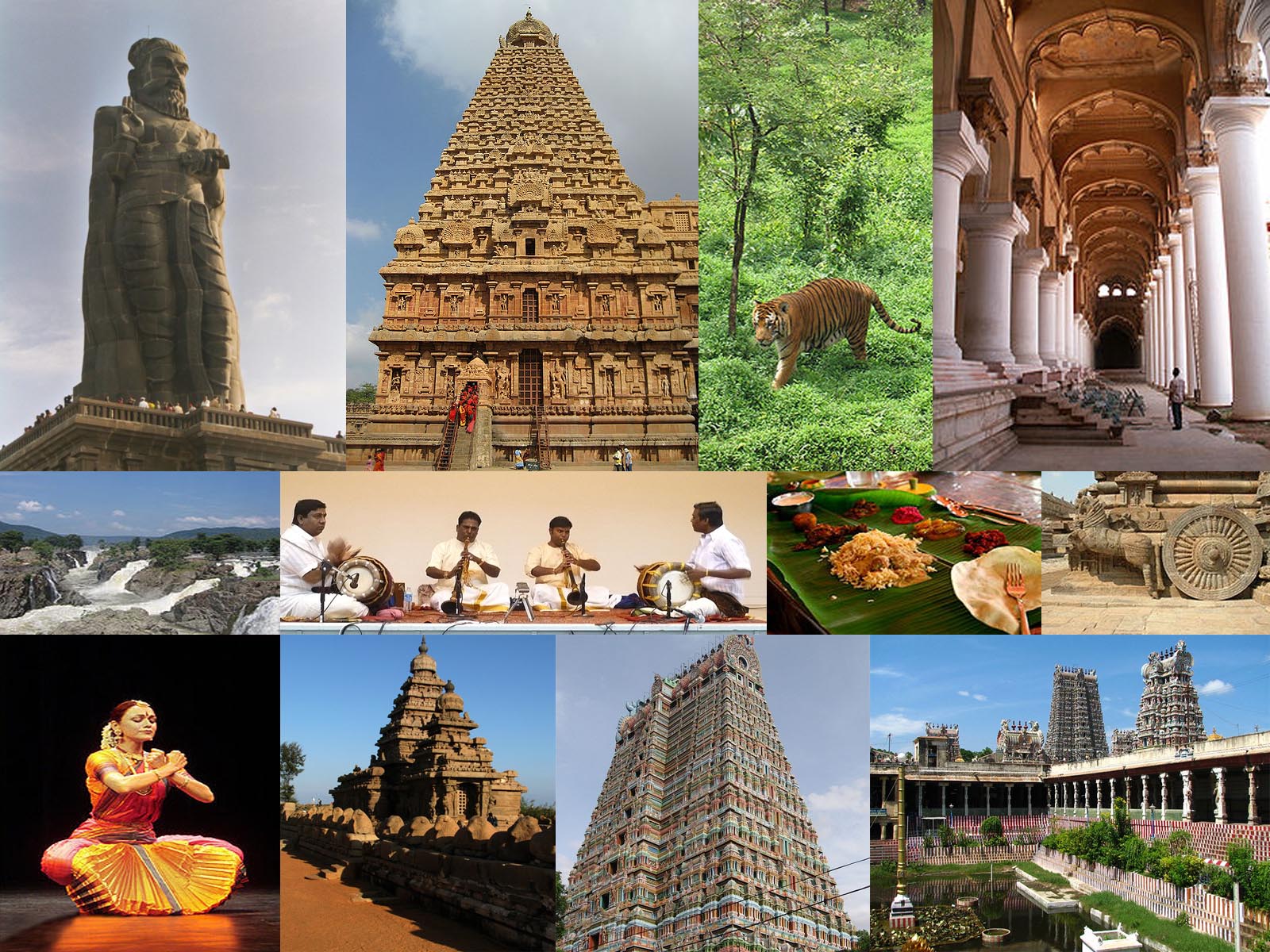