Mysore (or Mysuru), a city in India's southwestern Karnataka state, was the capital of the Kingdom of Mysore from 1399 to 1947. In its center is opulent Mysore Palace, seat of the former ruling Wodeyar dynasty. The palace blends Hindu, Islamic, Gothic and Rajput styles. Mysore is also home to the centuries-old Devaraja Market, filled with spices, silk and sandalwood.

Kodagu, also known as Coorg, is a rural district in the southwest Indian state of Karnataka. In the area’s north, Madikeri Fort has 2 life-size elephant statues at its entrance, plus a Gothic-style church with a museum on its grounds. Nearby, the Hindu Omkareshwara Temple dates back to the 19th century. Farther north are the domed Raja’s Tomb, a burial place of Kodava kings, and cascading Abbi Falls.

Bijapur district, officially known as Vijayapura district, is a district in the state of Karnataka in India. The city of Bijapur is the headquarters of the district, and is located 530 km northwest of Bangalore. Bijapur is well known for the great monuments of historical importance built during the Adil Shahi dynasty.

Chitradurga is a city and the headquarters of Chitradurga district which is located on the valley of the Vedavati river in the southern part of the Indian state of Karnataka. It is located about 200 km from the state capital Bengaluru.

Chikmagalur is a hill station in Karnataka, a state in southwest India. To the north is Baba Budangiri, a mountain range in the Western Ghats, with 3 large caves said to be holy. Trails through forests and grasslands lead up to Mullayanagiri Peak. The cascading Hebbe Falls lie in an area of coffee plantations. The forested Bhadra Wildlife Sanctuary, northwest of Chikmagalur, is home to elephants, tigers and leopards.

Malpe is a natural port about six kilometers to the west of Udupi, Karnataka, India. An important port and a major fishing harbor on the Karnataka coast. It is a suburb in Udupi city.
Highlights of Tour
Cost Includes
Karnataka Tour Packages Photos Gallery 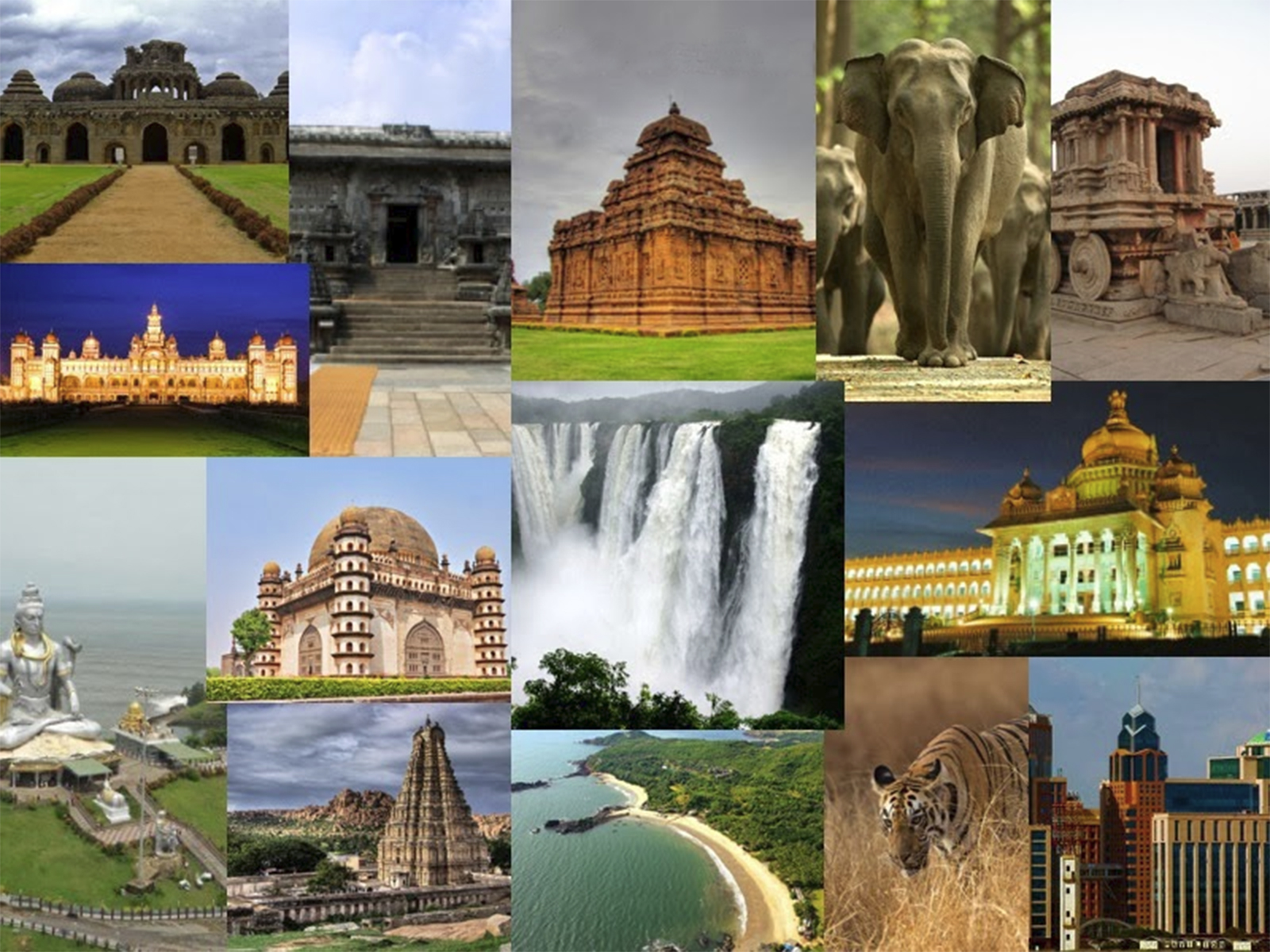