Delhi, India’s capital territory, is a massive metropolitan area in the country’s north. In Old Delhi, a neighborhood dating to the 1600s, stands the imposing Mughal-era Red Fort, a symbol of India, and the sprawling Jama Masjid mosque, whose courtyard accommodates 25,000 people. Nearby is Chandni Chowk, a vibrant bazaar filled with food carts, sweets shops and spice stalls.

Shimla is the capital of the northern Indian state of Himachal Pradesh, in the Himalayan foothills. Once the summer capital of British India, it remains the terminus of the narrow-gauge Kalka-Shimla Railway, completed in 1903. It’s also known for the handicraft shops that line The Mall, a pedestrian avenue, as well as the Lakkar Bazaar, a market specializing in wooden toys and crafts.

Kullu or Kulu is the capital town of the Kullu district in the Indian state of Himachal Pradesh. It is located on the banks of the Beas River in the Kullu Valley about 10 kilometres (6.2 mi) north of the airport at Bhuntar. Kullu Valley is a broad open valley formed by the Beas River between Manali and Largi.

Manali is a high-altitude Himalayan resort town in India’s northern Himachal Pradesh state. It has a reputation as a backpacking center and honeymoon destination. Set on the Beas River, it’s a gateway for skiing in the Solang Valley and trekking in Parvati Valley. It's also a jumping-off point for paragliding, rafting and mountaineering in the Pir Panjal mountains, home to 4,000m-high Rohtang Pass.

Dharamshala is a city in the Indian state of Himachal Pradesh. Surrounded by cedar forests on the edge of the Himalayas, this hillside city is home to the Dalai Lama and the Tibetan government-in-exile. The Thekchen Chöling Temple Complex is a spiritual center for Tibetan Buddhism, while the Library of Tibetan Works and Archives houses thousands of precious manuscripts.

Chandigarh, the capital of the northern Indian states of Punjab and Haryana, was designed by the Swiss-French modernist architect, Le Corbusier. His buildings include the Capitol Complex with its High Court, Secretariat and Legislative Assembly, as well as the giant Open Hand Monument. The nearby Rock Garden is a park featuring sculptures made of stones, recycled ceramics and industrial relics.

Dalhousie is a high-altitude town spread across 5 hills near the Dhauladhar mountain range in the north Indian state of Himachal Pradesh. It's home to colonial-era buildings, including St. Francis and St. John’s churches, which date back to the rule of the British Raj in the 1800s. A trek up Dainkund Peak leads to Pholani Devi Temple. To the north, Subhash Baoli is a peaceful area with pine trees and panoramic views.
Highlights of Tour
Cost Includes
Himachal Pradesh Tour Packages Photos Gallery 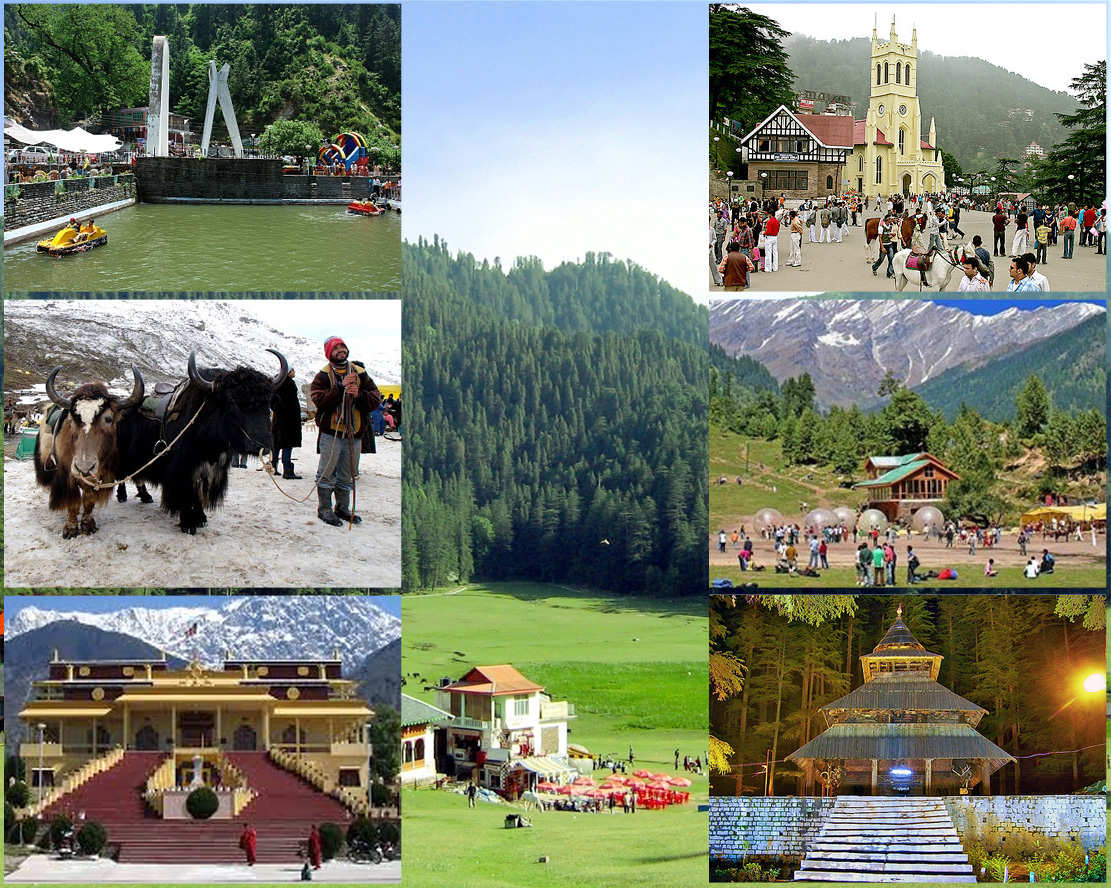